All-tech Raceway would like to thank each of our fans, drivers and race teams for coming out and enjoying a great night of racing with us. Last night we witnessed something special with 3 drivers winning for the first time at the big half mile speed-plant while one driver continue his hot streak in Late Models. 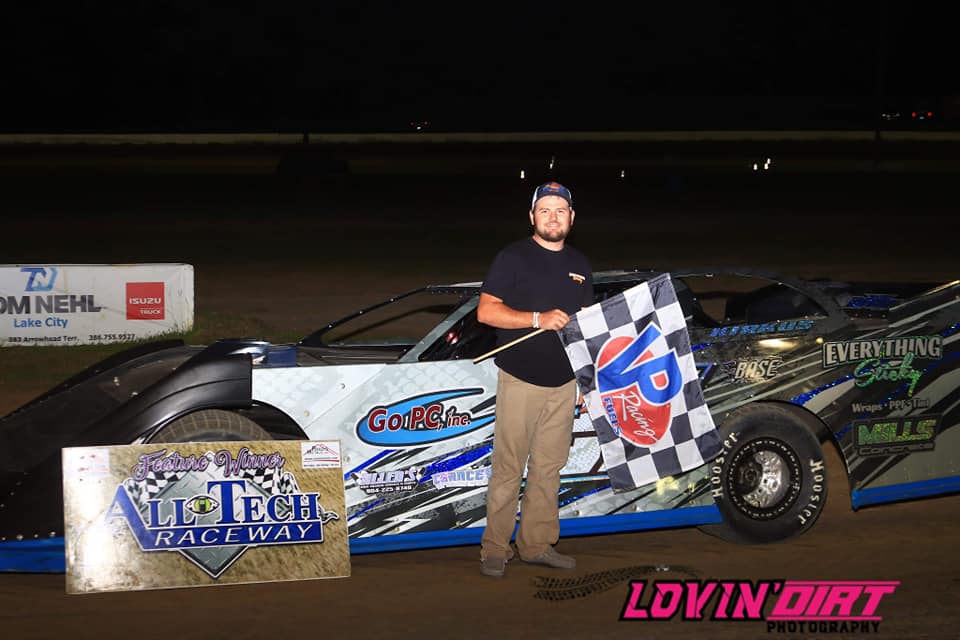 First Feature of the night would be our Reeds Metals 602 Late Model’s. Green flag would wave, and we would see Nick Kircus (20) lead back to the flagstand. As Devin Walker (55) would try and move up to make his move on Kircus. We have just a nose length lead between Kircus (20) and Walker (55) on lap number 6. Now Nevin Gainey (02) is coming on strong as he is looking at Walker (55). Gainey (02) would take that spot on lap 15. But Nick Kirkus (20) would never look back and brought them all to the checkered flag followed by Nevin Gainey (02), Devin Walker (55), Jackson Hise (388) and Wyatt Gainey (44) round out your top five. 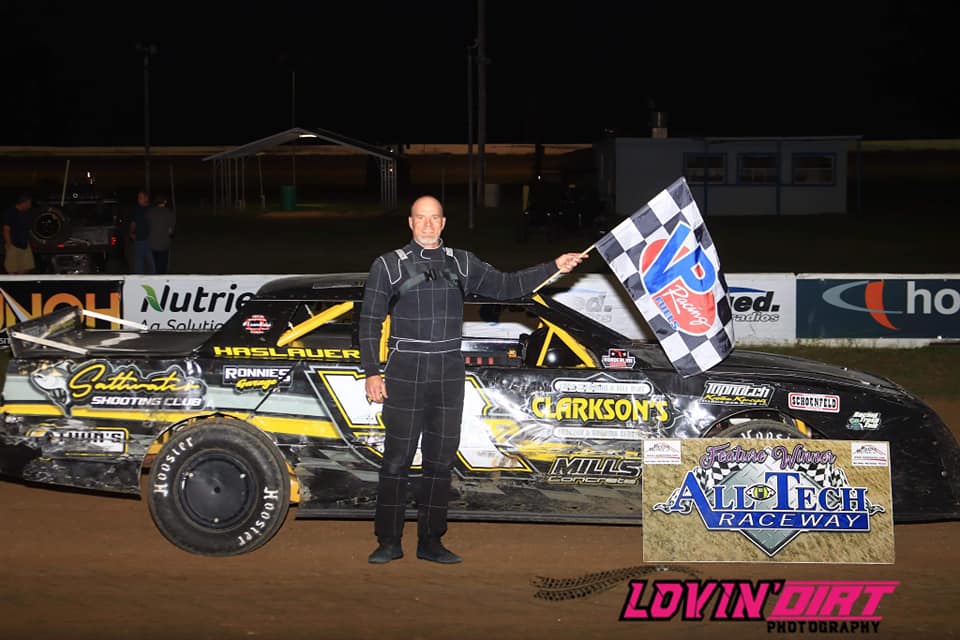 Second Feature of the night would be the exciting Pure stock Division. Green flag would wave, we would see Joey Haslauer (57) would lead them back to the flag stand. But with over 200 feature wins at the facility over his career would Eddie Gainey (41) be able to run Haslauer (57) down and claim another win?? Battles all throughout the field the drivers are able to make the cars stick anywhere they want them to. Racing is heating up real good. WIth a lap car coming into play Gainey(41) would try his luck once again. But he is not successful as Joey Haslauer (57) would bring them all to the checkered flag followed by Eddie Gainey (41), Bubba Roling (18), Kevin Durden (33) and Curt Spencer (12) rounding out your top five. 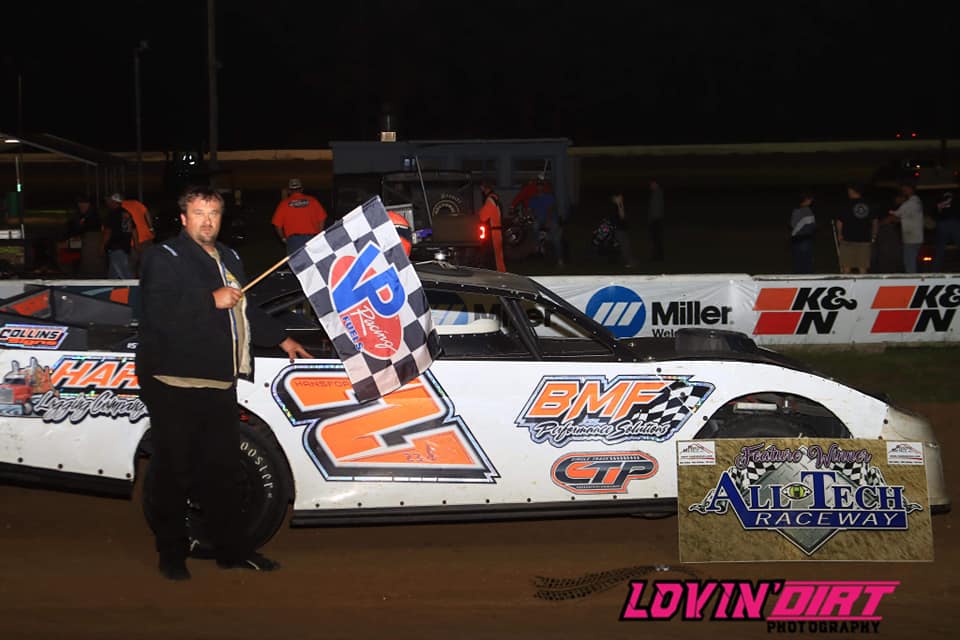 Third Feature of the night would be our Woodmenlife Street Stocks. Green Flag would wave. We would have Brain Hansford (2) lead the stout field of cars back to the flagstand. We have a hard turn two hit by Cameron Metts (37). Big combination wreck coming into turn one. Green out once more Hansford (2) still out front, but this time David Showers, Jr (18) isn’t letting him get too far away. They are three wide for second between Showers, Jr (18), Metts (37) and Health Walker (55), giving the fans a good ol’ Ice Cream Sandwich coming off of turn two. After a caution could Hansford (2) hold off Metts(37) after he is coming off of three in a row wins?? We have a lot of cushion jumping going on. But Brian Hansford (2) would lead them all back to the checkered flag followed by Cameron Metts (37), Health Walker (55), David Showers, Jr (18) and Johnatan Crain (31) rounding out your top five. 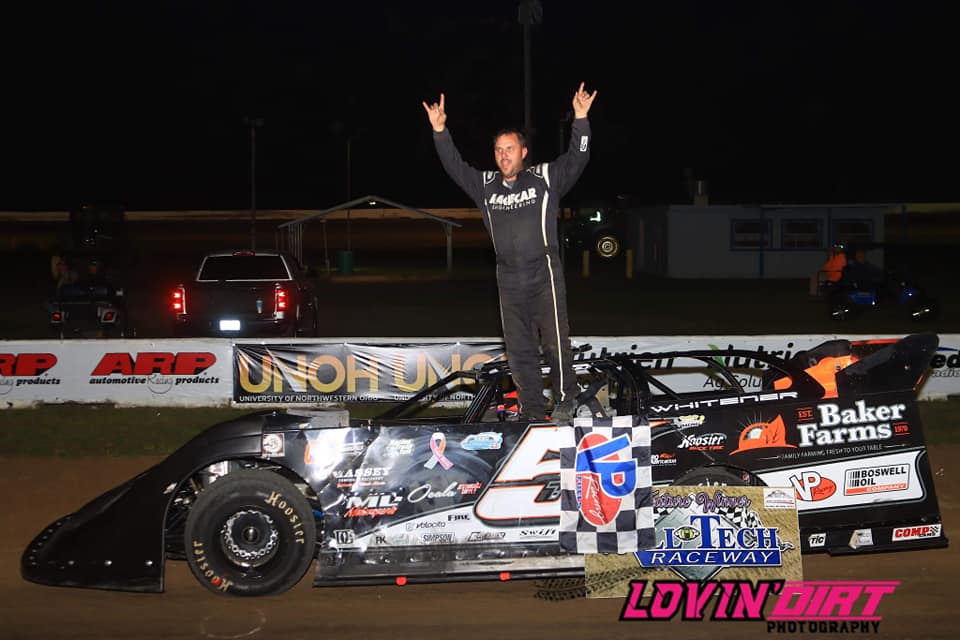 Fourth and Final Feature of the night would be the Southern Clash Late Models. Green Flag would wave. We would see Mark Whitener, Sr (5) lead the ground pounding Late Models back to the flag stand. Hard racing all throughout the field as the track has now slicked off. We have for his first appearance in a Southern Clash car Trey Mills (14), and he is making his stance in the stout field of veterans and young guns alike. We would see what appeared to be something break on Johnny Collins (5) sending him over the cushion and into the wall in turn four. Green out once again, battling over all the track yet again. But Mark Whitener, Sr (5) would bring the field to the checkered flag followed by Cla Harris (6), Trey Mills (14), Bubba Whitener (5) and Garrett Mosley (38m) rounding out your top five.

Features are as they cross the finish line. The report doesn’t include what is decided at the tech shed or tire samples. 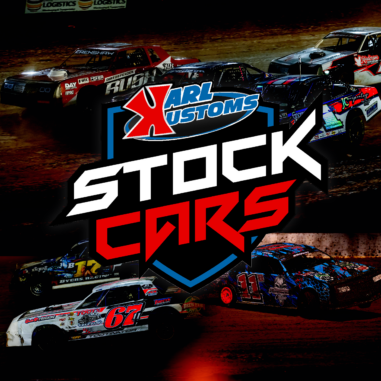 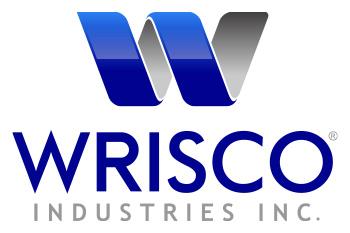 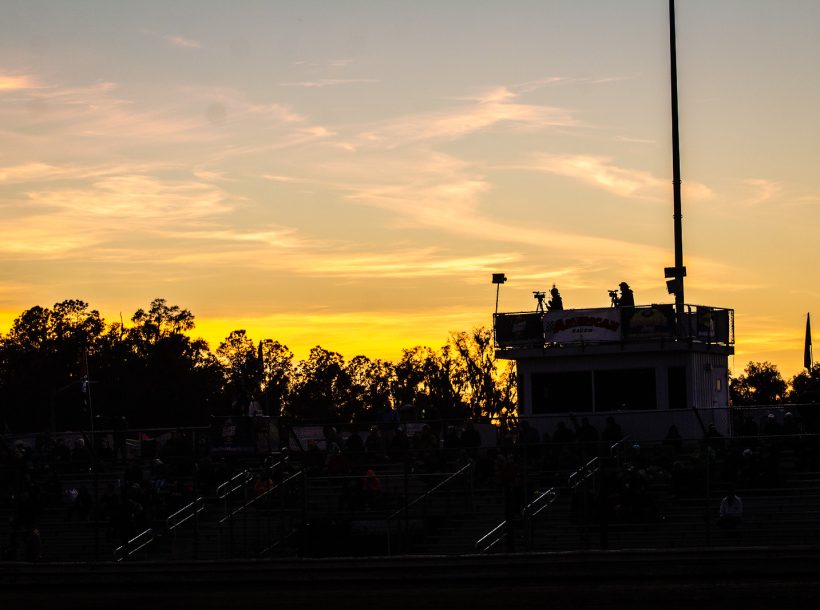 Written by Chris Moore LAKE CITY, FL – Palm trees and race cars. For the third time, the Bob Hilbert Sportswear Short Track Super Series (STSS) Fueled By Sunoco heads to Florida for the ‘Sunshine Swing.’ The 2022 edition brings the STSS back to the site of the original ‘Sunshine Swing,’ Wendell Durrance’s pristine All-Tech […]