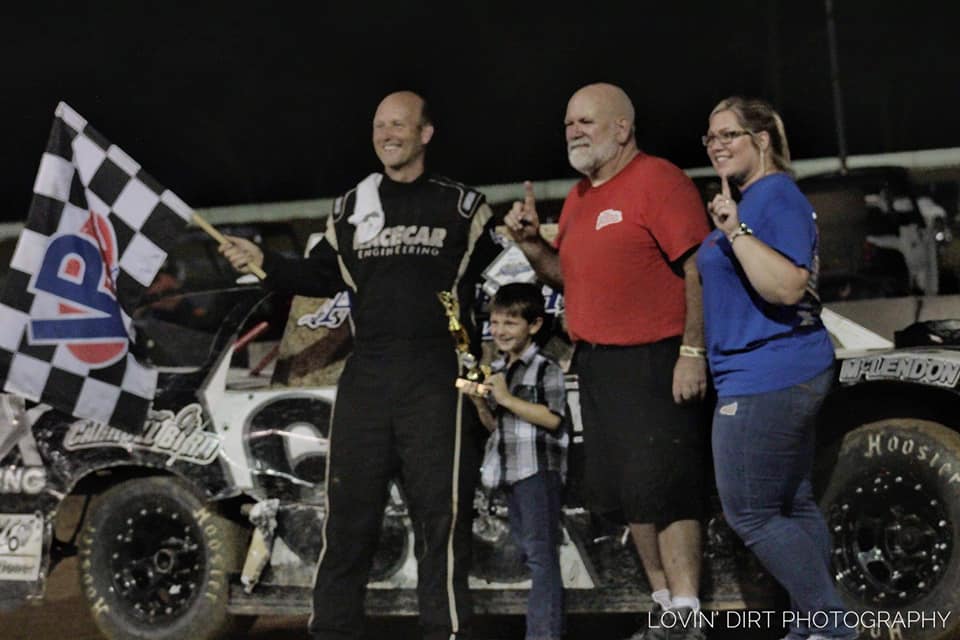 First off All Tech Raceway would like to thank all of our fans, drivers, crew members along with their families. We simply could not do this without you!

First Feature of the night would be the EMods. The 4 Josh Carter got out to an early lead, but could not keep it as 27 Jason Garver takes that top spot by lap 3. 27 Garver never looked back as he took the Checkered followed by his team mate 57 Fletcher Mason, 82 Shane Taylor, 34 Robert Griffen, 7 Kevin Dugger rounding out the top 5.

Second Feature of the night would be the Street Stock. 66 Donnie Ashford out to an early lead. 12 Jason Garver muscles his was past 8 Mike Stalnaker, 8 Stalnaker returns the favor to 12 Garver by spinning him in turn 3. But it did not end there after yet another altercation on the back stretch between the two on the last lap. 54 Tuck Trentham makes a hard dash for the lead but is unsuccessful and 66 Donnie Ashford bringing them to the Checkered followed by 54 Tuck Trentham, 01 Kevin Mills, 37 Tyler Sistrunk, 14 David Showers Sr rounding out the top 5.

Third Feature of the night would be Reed’s Metal C-Class. 17 Nevin Gainey takes an early lead. Hard fought battles all through the field. 55 Devin Walker tries to reel in 17 Gainey but runs out of laps. 17 Nevin Gainey leads under the Checkered Flag followed by 55 Devin Walker, 55 Cody Stevens, 14 Trey Mills, 28E Brandon Elwood rounding out the top 5.

Forth Feature of the night would be the Florida Late Model Series. Racing was three and four wide all over the track on lap one, with Ferry leading them to the flag stand. We go three wide for the lead between 17 Ferry, 3 Gainey, 38 Carter. Slide job by 3 Gainey out of turn 4, only to come to and end as we have a caution bringing it back to the last completed lap. Track has started to slick off at this point, hard hit on the front stretch. After a couple more cautions, we have 59 Person coming to the front. Yellow with two to go. Green, White, Checkered as 3 Nevin Gainey never looks back as he brings them to the Checkered followed by 38 Jamie Carter, 59 Trey Person, 17F Richard Ferry and 00 Wayne Reutiman, Jr rounding out the top 5.

Fifth and final feature of the night would be the Pure Stock. 33 Kevin Durden out to the early lead. Three wide for second between 82 Shane Taylor, 10 Jeff Stalnaker and 28 Brandon Elwood. That us where most of the racing took place was for second the entire race. 28 Elwood tries to run 33 Durden down but is unsuccessful as 33 Kevin Durden brings them to the checkered followed by 28 Brandon Elwood, 82 Shane Taylor, 118 Ron Adams, 4h Cory Howard round out the top 5.